Yarns at the Mini-Maker Faire

October 8, 2012 · by amagross · in Community Meet Ups, Fiberarts Guild of Pittsburgh, How to get involved · Leave a comment 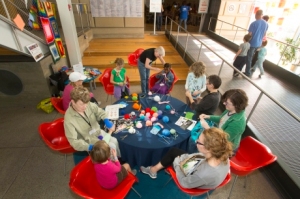 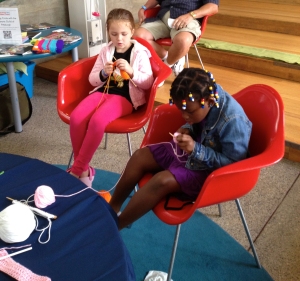 *
Guild members held center court at the Pittsburgh Children’s Museum’s 2nd Annual Mini-Maker Faire, Saturday, September 22nd.  It was our first time at the Faire and we were impressed by the Museum’s excellent planning and careful attention to detail. They provided good signage and a wonderful table and chairs – round, low, and had the most convenient, sunken center area where we stacked our yarn balls for the day.
*
Our Maker area, Knitting Circle with FGP, was inspired by efforts toward Knit the Bridge, planned for summer 2013. Four of us spent the day at the Faire teaching and encouraging various yarn work including knitting, crochet, braiding, finger knitting, and spool knitting (did you have a “Knitting Nancy” as a child?).
*
We took students as they arrived, often bouncing between several at a time.  Some of the children returned multiple times throughout the day to continue working. It was a delight to see them so very enthused! Considering all of the technology projects, the animated, automated, light-up, and noise-producing competition, we made a favorable impact on Museum attendees. 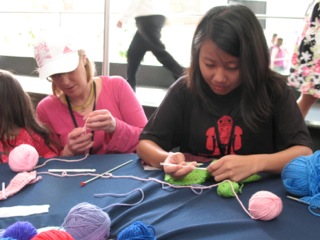 We arrived with examples of knit and crochet, books for inspiration, and some pre-made starter kits so participants could sit down and get going. Each of us was adept at either or both of the main crafts and we even thew in a little yarn bracelet-making for the very young, less coordinated, or those lacking attention span.
*
The day flew by as our table’s colors, textures, and hands-on activity beckoned all ages and genders. Our first youngster was supposed to participate in another booth area but was drawn to us before the day started. 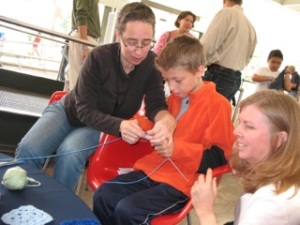 The second was a boy who came directly at us to declare, “knitting is for GIRLS!” Ironically, soon after that we had twice as many young boys as girls. All were amused by a yarn-covered football, a badminton racket, and an Etch-a-Sketch, all yarn bombed for the event.
*
The Mini-Maker Faire was deemed a grand success by all involved and everyone agreed we’d like to do it again next year. Bravo and a big thank you to our veteran members Jenny Tabrum, and Laura Tabakman, and, new member, Jen Damon. You are a dream team.
Yours in yarn,
Kitty Spangler

We still have Bridge Tees! Go to https://squareup.com/market/knit-the-bridge to get your tee and other items. (S, M, L, XL, XXL) while sizes last

Behind the Scenes Update

The panels have been delivered to agencies and shelters throughout Pittsburgh, Allegheny, Beaver, Butler, Washington, and Westmoreland Counties.

Now about those railings...

Find your panel and learn more about the artists

Search by artist, panel, or panel location and learn more about the stories behind the artwork. 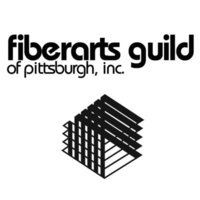 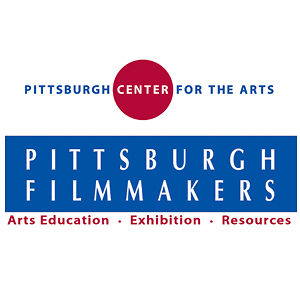 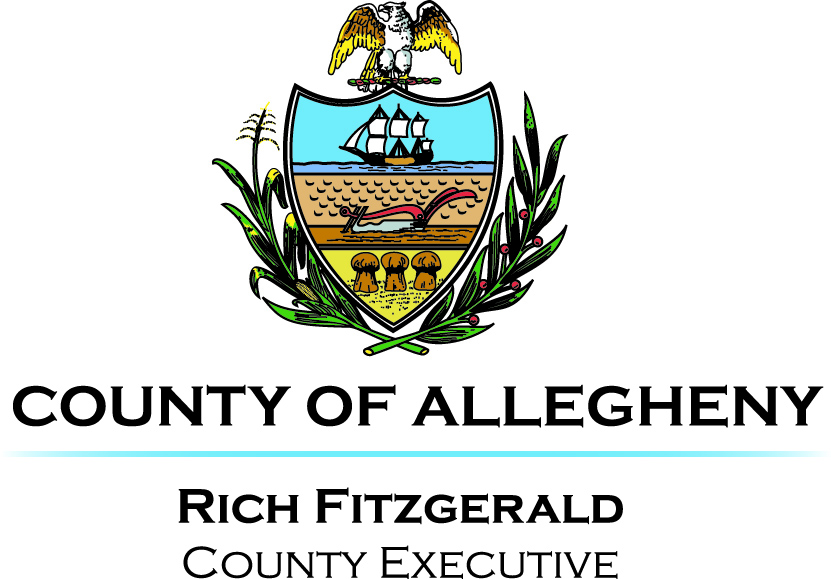